The Index of Middle English Prose, which began publication in 1984, aims to catalogue all items of Middle English prose surviving in manuscript form. Its founding General Editor was A. S. G. Edwards. Twenty-three volumes, covering the contents of over seventy manuscript collections, have now been published by D. S. Brewer, Cambridge.

Summary lists of the volume contents

The IMEP website contains a full list of volumes and summary lists of their prose contents. There is also an explanatory list of abbreviated names of all the manuscript collections.

More importantly, and courtesy of Boydell & Brewer Ltd, the website gives access to searchable indexes to the volumes, providing a valuable research tool for Middle English scholars. The merged indexes to volumes 1-23 are now freely available for searching, as follows:

If you wish to search using the characters þ or ӡ, you can copy them from this sentence before proceeding to the indexes.

Searching any of these indexes will produce a list of results sorted alphabetically. The second and third columns (the manuscript reference and the volume number) can also be sorted by clicking on their headings. Please be aware, however, that the indexes to the individual volumes have not been compiled to a standard pattern, with resulting inconsistencies. In particular the Incipits index contains some rubrics. For a detailed explanation, see the Introduction to the printed Index of Middle English Prose: Index to Volumes I-XX, compiled by Kari Anne Rand (Cambridge: Brewer, 2014).


IMEP search uses what are known as Regular Expressions, which are especially valuable when searching for variant spellings. Click here for a more detailed guide, including further examples, but the following techniques are particularly useful. Note that if you search without using Regular Expressions, the string of characters in question will be found wherever it appears, including as part of a word.

The Regular Expressions search function will to a large extent help users find specific items, but it is anticipated that they will also need to browse through the indexes. In this connection it may be helpful to be aware that the sorting order of items in the electronic indexes differs from that in the individual IMEP volumes and the printed Index to Volumes I–XX. Details can be found here.

Work is currently in progress on a number of new volumes. The first to appear are expected to be those for the New York City libraries and Trinity College, Dublin. Other volumes in progress will cover manuscripts at Harvard and Yale; in Magdalene College, Cambridge; London libraries (excluding the British Library, Lambeth Palace Library and the Wellcome Library); the Bodley Collection, Bodleian Library, Oxford; Glasgow University Library; Stowe and Arundel Collections, British Library; the Wellcome Library, London; South-West England; St John’s College, Cambridge; Cotton Collection, British Library; German libraries; Edinburgh libraries. If you are interested in compiling or helping to compile a volume, please contact the editors. 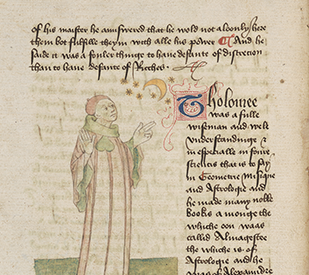 The opening words of a text

The closing words of a text, alphabetized according to the final word 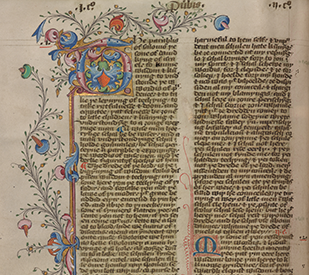 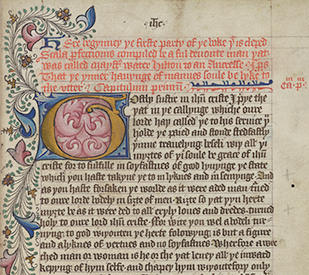 A general index including subjects and names